In March 2017 Freedom4Girls were approached by a Leeds school asking for help with girls who were missing school as they did not have access to affordable menstrual protection. Shocked by how widespread the problem of period poverty is in both the UK and other countries, we went on to contact a number of product providers, supermarkets and the general public raising awareness of the issue.

Later that same year Freedom4Girls contributed to the breakthrough investigation and research by Plan International for their ‘Break the Barriers’ report. Through this survey we learned how widespread the issue of period poverty was with shocking statistics on the impact on the lives of young women and girls. 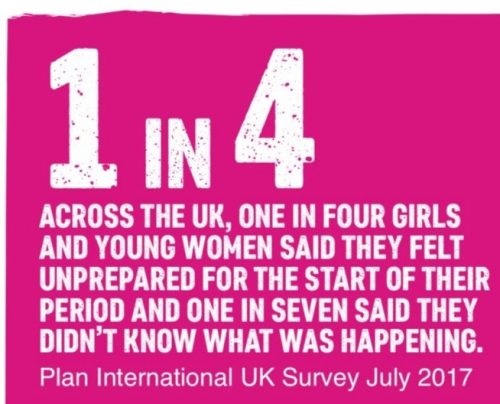 From the investigations towards the report, Plan International also defined period poverty as having three levels to it:

1. The cost of menstrual products;

2. A lack of education around periods and general menstrual health;

Together these create the ‘toxic trio’ of period poverty; a definition that Freedom4Girls both subscribe to and base the reasons behind our philosophy, mission and aims and our everyday practice.

Since then, the #freeperiods campaign has developed on an unprecedented scale.

Freedom4Girls have been involved in the government’s consultation that assisted in the provision of state funded free period products in schools, and we maintain a place on the government’s task force on how period poverty is being addressed at a national level.

Working with a range of product providers, voluntary sector agencies and corporate partners, we are involved in detailed impact assessment research that addresses period poverty on an holistic scale.

Combined with this, as of May 2020, we have educated over 10,000 young people, (girls and boys), and supported in the donation of hundreds of thousands of period products, be they disposable or washable, reusables.

The issue of period poverty has a significant impact on women and girls from all walks of life and Freedom4Girls will continue to work towards promoting menstrual equity at grassroots, local, national and international levels.